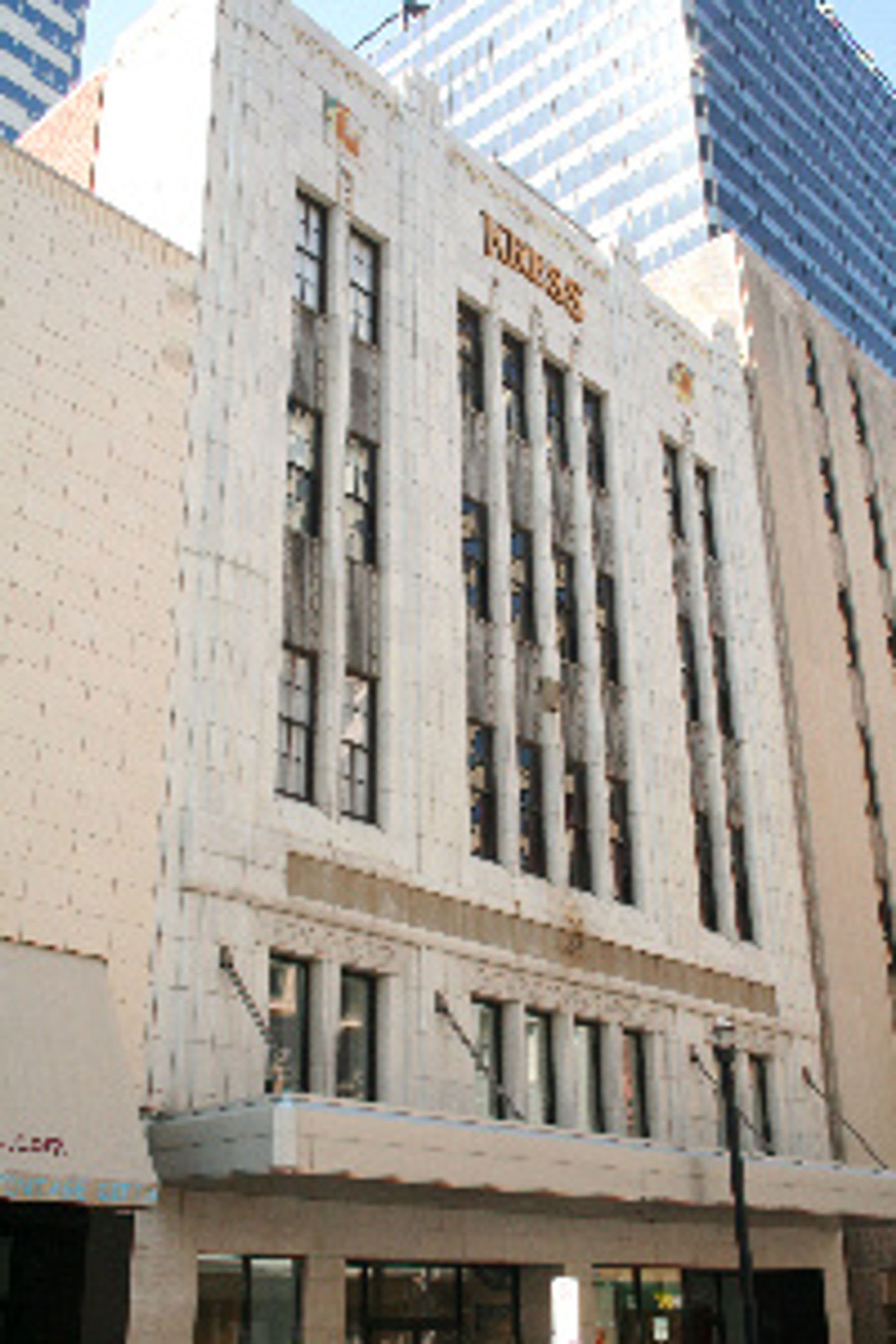 The historic Kress building across from the Arcade is a conversion to loft-style condominiums with 13 to 17-foot ceiling heights, open floor plans, and designer kitchens. Built in 1935, this unique Art Deco style building with a terra cotta front offers indoor parking, interior mezzanines and private terraces.

Historical Information
The building at 239 Fifth Avenue N was once part of the S.H. Kress chain of five-and-ten cent stores across the nation. The current building was erected in 1935, but replaced a Kress store that previously stood on the same site. The exterior of the art deco building shares many features with other Kress stores, including the iconic brass lettering spelling KRESS across the top floor. Other shared details include terra cotta embellishments around the windows and depictions of mythological figures, in this case, from Greek Mythology. The figure to the right of the Kress sign depicts the Greek god Apollo, a fitting choice for Music City. The high levels of design and continuity between S.H. Kress buildings have earned them their own collection in the National Building Museum in Washington D.C.

This particular Kress store played a role in the Civil Rights Movement in Nashville. The lunch counters at S.H. Kress stores across the country were segregated. The citizens of Nashville led a successful boycott in the 1960s to integrate the downtown store long before any of the others. Today, the building is home to the Kress Lofts, a series of condos and penthouses.