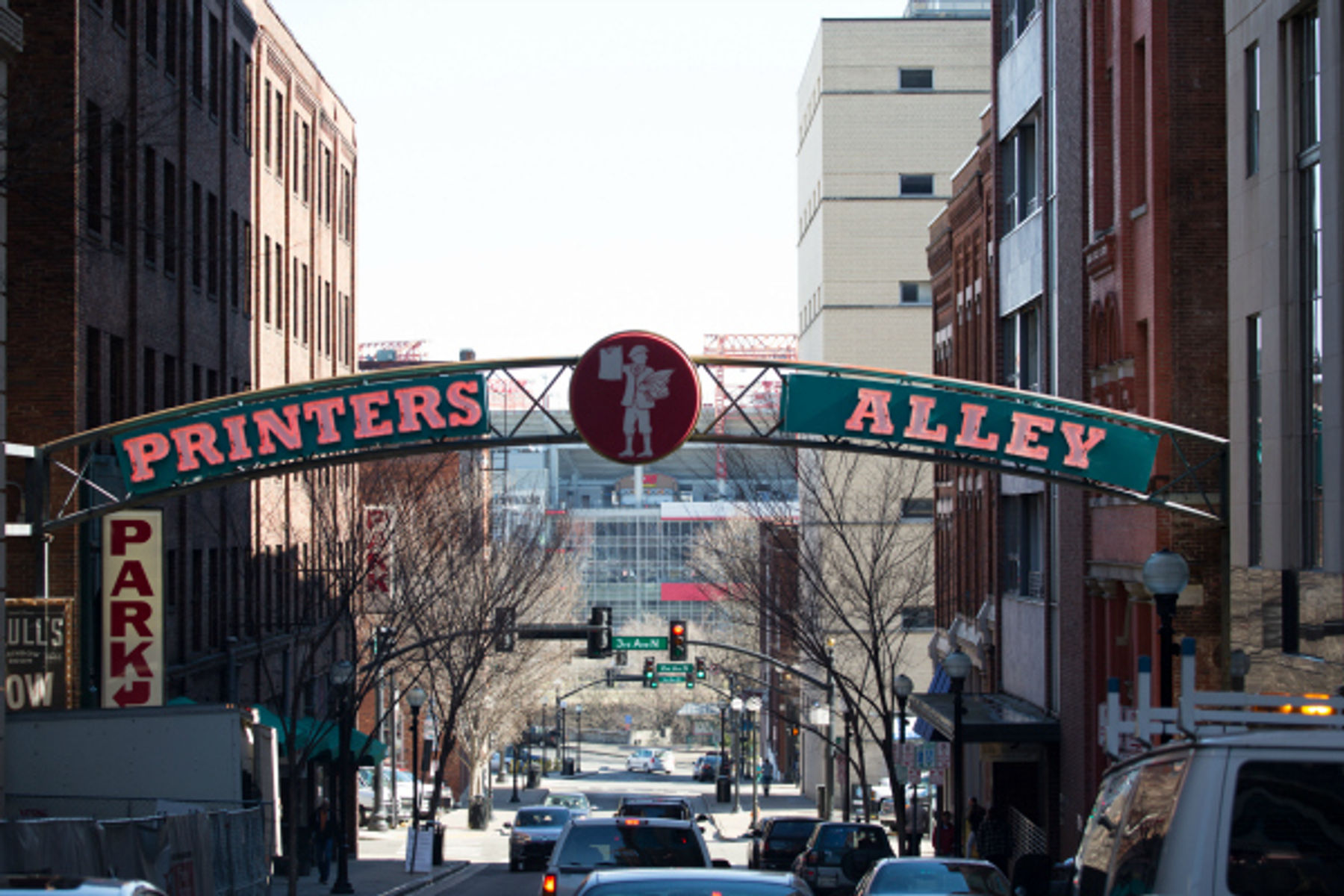 Traditionally the center of Nashville’s nightlife, Printers Alley was, in its earlier days, a series of posts where men bound for the courthouse hitched their horses. By the turn of the twentieth century it had become the center of Nashville’s printing industry; in its heyday, circa 1915, thirteen publishers and ten printers were located in the area serviced by the alley. Nashville’s two largest newspapers, The Tennessean and the Nashville Banner, had their offices here at one time. The street contained hotels, restaurants, and saloons, many of the latter becoming speakeasies when Prohibition went into effect in 1909. Nightclubs opened here in the 1940s, and the alley became a showcase for the talents of performers such as Boots Randolph, Chet Atkins, Waylon Jennings, Dottie West, The Supremes, Hank Williams, Barbara Mandrell, and Jimi Hendrix. Today’s nightclubs are the descendants of the saloons, speakeasies, and clubs which developed into the entertainment district still known as Printers Alley.

Check out this blog post﻿ about what's happening in Printer's Alley!