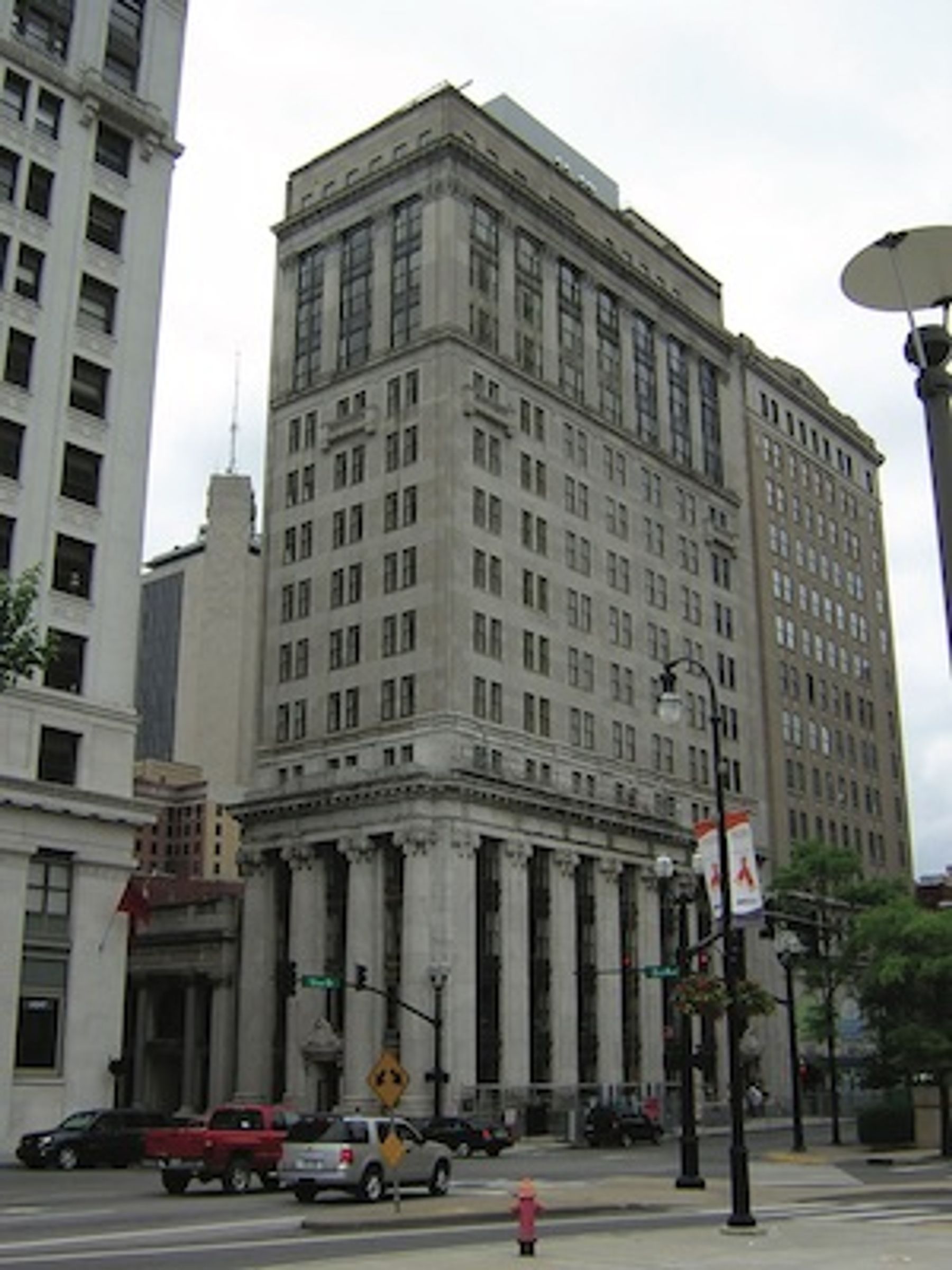 Once known as the “Wall Street of the South,” this district is comprised of four large bank buildings. The Nashville Bank and Trust Company, 315 Union Street, built in 1925-1926 and designed by the local firm of Asmus and Clark. The Nashville Trust, also known as the Fourth and First National Bank Building, distinguished itself from its competitors with an ornate exterior in the Corinthian order and an opulent interior. Nashville architect Henry C. Hibbs designed the American Trust Building at 301 Union Street in 1926. This building makes an impressive Classical Revival statement with its detailing, fifteen-story height, and four-story Ionic colonnade. Across the street is the Federal Reserve Bank Building, 226 Third Avenue North, built in 1922. Its construction established Nashville as a regional banking center. Designed by Ten Eyck Brown of Atlanta in association with the local firm of Marr and Holman, the building features Iconic columns supporting a massive classical pediment. The Stahlman Building, at Third and Union, was built in 1905-06. It housed the Fourth National Bank on its ground floor while space on the upper floors was leased to attorneys. Architects Carpenter and Blair, and Otto R. Eggers followed master architect Louis Sullivan’s three-part formula for Classical Revival skyscrapers at the turn of the century. This formula equated the tall building with the three parts of a classical column: base, shaft, and capital. Here a three-story Doric colonnade distinguishes the base, the shaft is represented by seven identical floors, and the top two stories echo a capital.