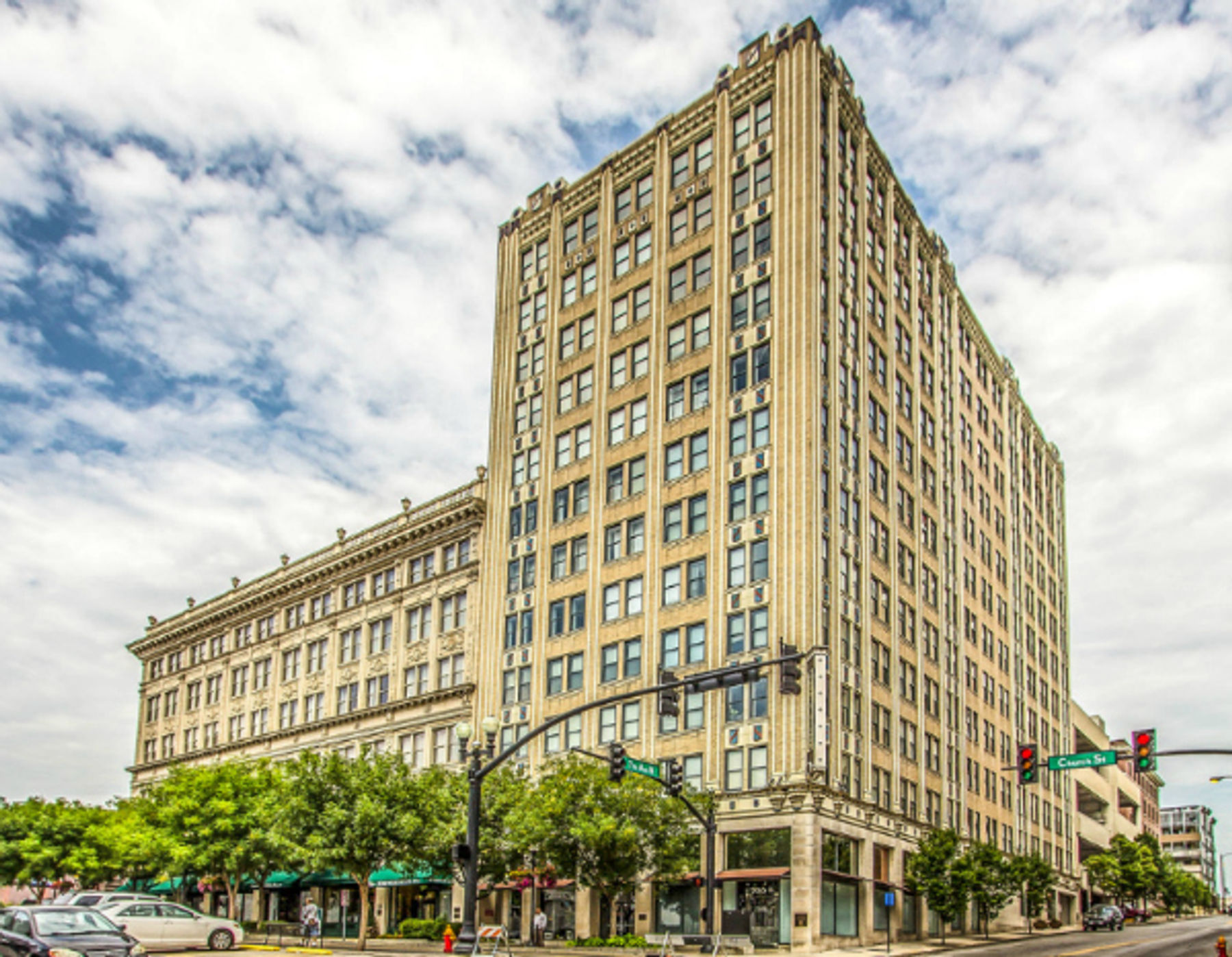 Local businessman and friends George Bennie and William Dillon are responsible for the construction of the Bennie-Dillon Building. Bennie was president of a wholesale merchandise company and a president of the Chamber of Commerce while Dillon was a real estate developer. Though George Bennie died in 1924, his family and William Dillon agreed to proceed with plans for the building’s construction. Built between 1925 and 1927, the twelve-story office building is one of Nashville's first skyscrapers. The Nashville architectural firm of Asmus and Clark designed the Bennie-Dillon while construction was completed by the local firm Foster and Creighton. The building’s design follow Louis Sullivan's three-part scheme for a tall building with well-defined base, shaft, and cornice. The Bennie Dillon reflects the Renaissance Revival style and features elaborate glazed terra cotta designs. A renovation in 1999 converted the former office building into residential condominiums.

Historic Information:
The Bennie Dillon Building is one of Nashville’s oldest skyscrapers. The thirteen-story office building was constructed from 1925 to 1927, and was designed by Asmus and Clark, the same firm responsible for the Masonic Grand Lodge, the Berger Building, and the Nashville Trust Building. It is unique in the fact that it is one of the only downtown buildings designed in the Italian Renaissance style. It was constructed following the basic structure of 20th century skyscrapers with a base, shaft, and crown. The first two floors consist of limestone blocks and make up the base of the building. The original storefront was altered in 1960, but was reverted back to its original appearance during a renovation project in 1999 that used Asmus and Clark’s original drawings as a guide. The base is separated from the shaft by a row of decorative molding with terra cotta shields and floriated attachments. Eleven identical stories make up the shaft followed by an elaborate cornice at the crown. Multi-colored terra cotta details cover the building, many of which are shields. There are also terra cotta lines of molding to create the illusion of columns running up the sides of the building. The Bennie Dillon Building has been listed on the National Register of Historic Places since 1984. It was used as offices until recently when it was converted into condominiums. The interior was modernized for this purpose, with the exception of the main floor which still retains the original marble lobby.